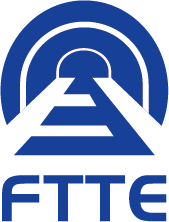 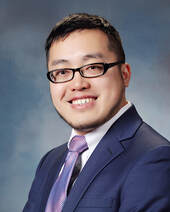 The University of Alabama, USA 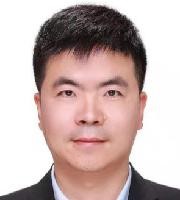 Dr. Dewei Li is a professor in the Department of traffic and transportation in Beijing Jiaotong University. He is a PhD supervisor and has been rated as an outstanding teacher in the university. He serves as a reviewer of National Nature and Science Foundation of China, member of Transportation Research Board, COTA, International Union of Railways, World High Speed Rail Congress and UIC Covid-19 Taskforce. He is also vice secretary of Expert and academic committee in China Association of Metros. He serves as a guest editor of urban rail transit, and reviewers in most of the top journals in transportation field such as Transportation Research Part B/C, IEEE ITS, Journal of The China Railway Society etc. His research interests include demand management, capacity management, scheduling, facility location, railway optimization, pedestrian simulation etc. He took charge of over 50 national and province level R&D projects. He was awarded 4 times by China railway society, and Beijing Municipal Science & Technology Commission for his contribution in transportation field. He was also awarded for his teaching experience. He published hundreds of papers in many professional journals and conferences, and authored 5 professional books in transportation field. He is entitled as “Outstanding Youth in Beijing”. He obtained tens of patent for invention and software copyright certificates.

Abstract: Commuter railway is the backbone in connecting urban traffic and intercity traffic, however, the key issue of service design for such a railway system remains inadequately explored. The good news is that in this digital era, data can be obtained in real time by a cheap and easy, and computational capacity have been significantly increased, which provides opportunity of the fast service design according to variable passenger demand. This talk will focus on timetable optimization for commuter railways, in particular, under variable demand driven condition. Tradeoff among different design objectives will be discussed, such as efficiency, fairness, level of service & energy consumptions. By adopting optimization models and algorithms, we will show how these indicators influence the design of the commuter rail service, and finally give idea on designing better services based on demand and the objectives. 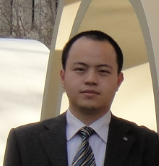 Liu Hui, born in 1983, male, Professor, doctoral supervisor, and vice dean of Faculty of Traffic & Transportation Engineering, Central South University. He is a World 2% Top Scientist and Elsevier China Highly Cited Scholar. He is awarded the top national young talents of China. He obtained double PhD degrees from Central South University in China and University of Rostock in Germany and Germany professorship certification. He leaded and completed the excellent youth fund of Ministry of Education and Research of Germany. He received one second prize of Natural Science Award of the Ministry of education and one national science and Technology Progress Award (innovation team). He applied for 12 international patents and authorized 72 national invention patents. He has been leading 1 national key R&D project and 3 national natural science Foundation of China. He published 6 English Monographs from Springer and Elsevier Press, 1 Chinese monograph of Science Press and 18 ESI Hot/Highly Cited papers as the first author.

Abstract: Artificial intelligence brings new opportunities to the development of rail transit safety. Based on the relevant research foundation of the reporter and his research team, this report will elaborate the latest research progress, key technologies and important breakthroughs in the field of rail transit safety, from the perspectives of non-intrusive monitoring, robot application and big data prediction. 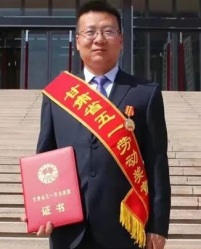 Experience: In 2019, Chang Zhanwei was awarded the Gansu Province Award The winner of the "May 1st Labor Medal", he is responsible for completing the "Two-way spiral extruding soil pile in the collapsible loess area" Construction Method" was named the 5th "Advanced Technology Operation Method for Workers in Gansu Province".

The Regulations for Rotary Extrusion Cast-in-place Pile has also become a local standard in Gansu Province, which was issued and implemented in November 2019.

Abstract: Railways are the country's strategic, leading and key major infrastructure, the main artery of the national economy, major livelihood projects and the backbone of the comprehensive transportation system. Its status and role in economic and social development are crucial. The railway should be the first in the construction of a strong transportation country, adhere to the general work principle of seeking progress while maintaining stability, adhere to the new development concept, adhere to the supply-side structural reform as the main line, adhere to the people's railway for the people, focus on the railway in a transportation power country, and benchmark against the international advanced Standard level, focus on consolidating the foundation, enhancing the advantages, supplementing the weak points, and the strengths and weaknesses, accelerating the transformation of the quality, efficiency and power of railway development, and comprehensively building a world-class railway facility network, technical equipment, service supply, safety level, and operation. Management and governance level, take the lead in building a modern railway power, and provide strong support for building a socialist modern power in an all-round way and realizing the Chinese dream of the great rejuvenation of the Chinese nation. This report takes the newly built Qiaopingshan Tunnel of the East Ring Line of the Chongqing Railway Hub as an example to describe the research on the construction technology of large-span railway tunnels, and reports from five aspects: research background, tunnel geology, construction plan, monitoring and measurement, and intelligent operation and maintenance. 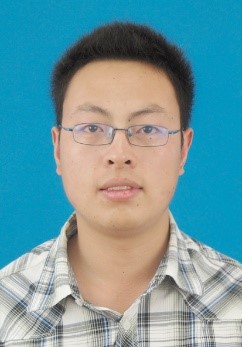 Experience: Dr. Shen Jinxing is the associate professor of the College of Civil Engineering and Transportation Engineering, Hohai University, master supervisor, Dayu Scholar of Hohai University. Currently, he mainly works in traffic planning and management, traffic safety, and traffic environment. He has undertaken more than ten research projects such as the National Natural Science Foundation of China and the Natural Science Foundation of Jiangsu Province. Recently, he has published over twenty refereed papers, of which more than ten articles were collected by SCI/SSCI; published two monographs and teaching material; authorized more than ten invention patents; three times awarded provincial and ministerial science and technology awards.

Abstract: Demand Response Feeder Bus (DRFB) is an essential alternative to solve the first/last mile bus services and improve the competitiveness and attractiveness of public transportation services. However, when the actual arrival times of trunk buses deviate from the planned arrival times, this can lead to uncoordinated between DRFB and trunk bus timetables, affecting transfer efficiency and reducing the service effectiveness of the public transportation. Thus, it is substantial to study the optimization of the timetable of the demand-response feeder buses under the influence of the trunk buses. First, we introduced the background, service characteristics, and current status of studies on DRFB timetables optimization. Then, under the scenario of the trunk buses arriving on time, aiming at the minimum operating cost and travel time, we established a timetable optimization model and designed a hybrid genetic simulated annealing algorithm to solve the problem. Meanwhile, based on the scenario that trunk buses arrive at transfer stations not on time, a timetable optimization model is established by identifying the time axis and critical points to minimize operation cost, travel time, and waiting time. Finally, the optimized models under two scenarios are simulated and analyzed through real cases to determine the apt vehicle routes and depart timetables. The results are essential for promoting the development of demand-responsive feeder buses and improving the service competitiveness of public transportation.